Recently in Australia, the Coca-Cola Company has launched its new ‘Contour Grip bottle’ which has already been rolled out across the world. Looking beyond Coca-Cola’s useless claim of being more environmentally friendly by reducing the polyethylene terephthalate (PET) in their bottles by 5% compared to the previous design[1] (5% is hardly a commitment to sustainability), I do think that Coca-Cola is onto something here.

There are two reasons why this is a great innovation:

1. The new contour design of the bottle gives the impression that the new bottle contains more liquid. 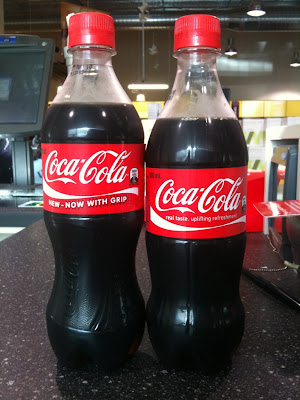 Sure, consumers are not idiots and realise that it’s still a 600mL bottle as it always has been. However, one of the reasons Coca-Cola gained such a massive market share many years ago was from the visual illusion their contour bottle provided in their original design, released back in 1916[2].

2. I realised that when I used to hold a bottle of Coke, I used to hold it around the neck and/or label. By creating a section to ‘grip’, it essentially forces customers to grip the bottle in that section, and leave the label (i.e. brand advertising) freely unobstructed to the view of onlookers. 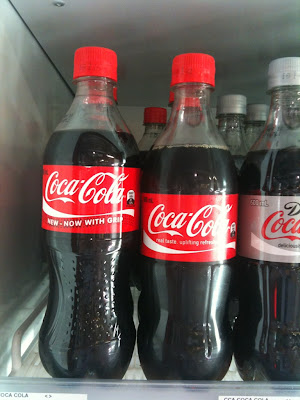 I don’t know whether these were two ideas Coca-Cola considered when developing the new design, but well done nonetheless.

3 Replies to “Coca-Cola gets a GRIP on marketing”